Your story was riveting. You delivered it perfectly. Looking forward to hearing it again!

Helen is an insightful speaker who not only helps individuals understand the importance of ethics in the workplace, but also advocates for employees to speak out. In this era of bullying, our college graduates need to know how ‘going with the flow’ and not speaking up can impact their lives and the lives of others. Fantastic speaker!

It was a powerful experience listening to your story. Thanks for sharing and for all that it took for you to reach the point where you could stand before an audience and speak.

Being in that room was like watching a match dropped on dry tinder … I was locked on each word of her story, as was virtually everyone in the room.

Very powerful presentation. I felt privileged to hear her story. Thanks for giving us this opportunity.

The two hours with your were maybe the most important ones in my entire college career.

Very inspiring and chilling…appreciate the heads up on how careful we need to be.

Wonderful to hear Helen’s story. This was one of the most inspiring stories I have heard at a CPE event. 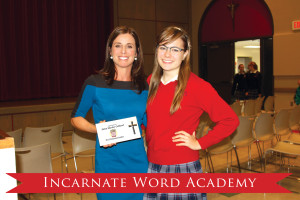 I was recently a guest speaker at the annual “1000 Lights For Peace” celebration in Houston sponsored by the Mahatma Gandhi Library.  Here’s my speech on listening to your inner voice, a recurring theme Mahatma Gandhi wrote about.

Strong, steadfast, loyal, dedicated, irreproachable and humble.   These are some of the words that come to mind when I think of Mahatma Gandhi, a man who left his mark on the world by encouraging people to stand for their rights peacefully.  Through his unwavering focus and leadership Gandhi led India to independence and continues to inspire others.  How is it that he never strayed from his path?  If he were here today he would tell us his secret – let your inner voice guide you.

At the age of ten my father took me to see the movie Gandhi.  I left the movie theatre in tears because this man who was full of God’s grace and love was no longer walking among us.   Gandhi inspired in so many ways; He spoke up for the poor and against discrimination.  He expanded women’s rights and unified his people to achieve independence from the British.  What impacted me most was the strength he demonstrated in the most difficult of circumstances.  Gandhi once stated “You can chain me, you can torture me, you can even destroy this body, but you will never imprison my mind”.  He never strayed from his path.  His mission was clear and he was willing to endure whatever it took- whether that meant public humiliation or imprisonment-to do the right thing.  He was true to himself.  He was guided by his inner voice.

I was reintroduced to Gandhi ‘s teachings by members of the Mahatma Gandhi library who heard me speaking about an experience which altered my life forever – one where I repeatedly ignored my inner voice.  By allowing outside influences to guide me I was taken off my path.   The result was the loss of my integrity, my career and my freedom.  If only I had listened to my inner voice.

Thinking back on my life, I realize my inner voice was always there for me when I needed guidance.  While I listened most of the time, the one time I didn’t is a moment I will regret for the rest of my life.  It took a life altering mistake to understand that my inner voice was really God speaking to me.

Gandhi’s life of service has touched millions and I am grateful to be here today honoring him.  For me, Gandhi represents proof that we all have the strength to get through difficult times as long as we are guided by our inner voice.

Looking forward to presenting for the Houston Association of Certified Fraud Examiners on June 11, 2013.  Tickets are still available  at:

Thank you to Kathy McGarry and the Murray Hill Institute http://texas.murrayhillinstitute.org for inviting me to speak this past Thursday evening at their Conversations with Women Leaders event.  The Murray Hill Institute-TX is a non-profit organization dedicated to helping women integrate ethical standards into their personal and professional lives.  The Evenings of Conversation for Young Professionals partner professional women in the first years of their career with experienced professional women who espouse and exemplify the mission of the Institute.

Greg Groogan from Fox26 here in Houston recently did a piece on my work to educate college students and professionals about ethics and integrity.

I recently had the great honor of speaking to a group of  Texas A&M students from Dr. Michael Shaub’s Ethics class.  Here’s what Dr. Shaub had to say:

In perhaps the most eloquent expression of remorse that I have heard in many years, Ms. Sharkey told the story in my Ethics class of her fall from grace at Dynegy a decade ago.  She spoke of the people who influenced her, of the pressures she felt, of the key turning points when failing to “listen to her gut” diverted her life in ways she could never have imagined.  She became, with her decisions, what in retrospect is the one thing she never wanted to be: Googlable.

Loren Steffy from the Houston Chronicle recently heard me speak to a group of students from the University of Houston.  Here’s what he had to say in his article “Accountants Warned: Felonies are Forever”:

Her story is a cautionary tale that aspiring accountants – and other corporate employees – need to hear. For anyone who thinks that following orders or being a team player offers any legal protection, Sharkey’s story is a wakeup call. The line between loyalty and criminality can be thinner than many employees realize.

“People’s perceptions of responsibility are skewed,” she told me in an interview last week. “Mine certainly were.”

She was the lowest-ranking of seven Dynegy employees involved in the deal and, at the age of 29, she was one of the youngest.

She said she did what she was told. She ignored what she knew was wrongdoing and as a result, she became an accomplice.

“Did I feel in my gut it was wrong? Absolutely. Did I think it was illegal? No way,” she said.

Excerpt from “Low Man on the Totem Pole: How I Became a White Collar Criminal”

I was recently a guest speaker at the annual “1000 Lights For Peace” celebration in Houston sponsored by the Mahatma Gandhi Library.  Her[...] Read more »

Looking forward to presenting for the Houston Association of Certified Fraud Examiners on June 11, 2013.  Tickets are still available  at: http://ho[...] Read more »

Thank you to Kathy McGarry and the Murray Hill Institute http://texas.murrayhillinstitute.org for inviting me to speak this past Thursday evening at t[...] Read more »

Greg Groogan from Fox26 here in Houston recently did a piece on my work to educate college students and professionals about ethics and integrity.[...] Read more »